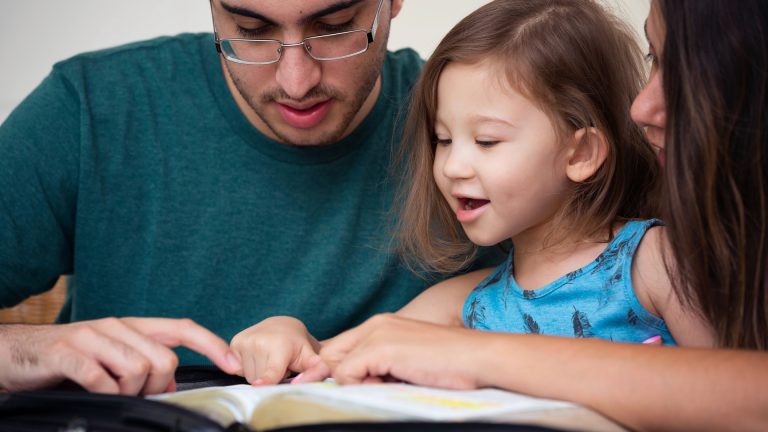 The Bible Is Not Mother Goose.

We take a leap forward in time today. There is a 400-year gap between the end of Genesis and the start of Exodus. Genesis ends with the death of Jacob and then Joseph. Exodus starts with the birth of Moses. Notice that the story of the Bible is the story of individuals interacting with God. The story progresses from one person to the next. Now I don’t mean to say that over the 400-year span there were no people who had right relationship with God or who were used by God to His purpose. I mean to say that when God moves in this world He does so through people. After the death of Joseph, the next big movement of the story God it telling in the Bible occurs 400 years later with the birth of Moses.

In between those two major events we understand that the lives of the family Israel have gone from good to downright awful. Four hundred years is a long time and it is not surprising that those that ruled Egypt by that point would have no knowledge of Joseph and all that he did for Egypt. All that Pharaoh knew at that point in time was that the “Hebrews” had become a large force within his country. They were such a large group that they were a necessary part of the Egyptian economy, but their size also meant that they could easily be a threat to the nation as well. It’s funny how some folks can see a blessing as a curse. The enlargement of the Israeli clan was a blessing from God upon the descendants of Israel and should have been viewed as a blessing for Egypt as well. Instead Pharaoh felt threatened, and as a result, attacked the Israelites.

Why does God tell us the story of the Israelites? You know, God could have simply written a list of rules and said if you obey them you have eternal life and if you don’t you go to Hell. He didn’t do that. He knows us too well. He needed to show us in a story how things work. He needed us to not only gain insight in to who He is, but who we are. Why do we read fables to kids? Children’s fables are full of stories that are analogies for life. They teach children important life lessons through allegory and analogy. This is, in fact, one of the things God is doing with the Bible; He is teaching His children important life lessons through allegory and analogy.

Israel is an analogy for each of us. God, however, is the greatest writer ever! In most of the stories we read in the Bible there can be more than one allegorical lesson. This is why preachers can spend years teaching from one book of the Bible. The Bible is just jam-packed with life lessons. One lesson we can see in the story we begin today is the price of separation from God. Over time the Israelites became slaves in Egypt. They were oppressed, beaten, and afflicted. Here, in Egypt, we see the first attempt at genocide to be committed against the Jewish people. Pharaoh is a weak shadow of the genocidal maniac to come – Hitler.

We read in today’s passage how the people of Israel eventually cried out to God for relief from their persecution.

Exodus 2:23-24 ESV
“[23] During those many days the king of Egypt died, and the people of Israel groaned because of their slavery and cried out for help. Their cry for rescue from slavery came up to God. [24] And God heard their groaning, and God remembered his covenant with Abraham, with Isaac, and with Jacob.”


Why did it take God so long to begin His plan to save His Chosen People? He was waiting for them to turn to Him for help. They had to come to the end of themselves so they could let go and let God. We all seem to start from a place of confidence in ourselves. In order to truly submit to the authority of God we have to know down deep that we can’t save ourselves. We have to know without doubt that God is our only salvation. To save the Israelites, God was going to tell them to do things they didn’t want to do and may have thought they couldn’t do. They had to have a major paradigm shift if they were going to follow God out of their chains.

In the New Testament, we hear the analogy of slavery to sin. The idea is that sin has absolute, life and death control over our lives. The slavery the Israelites endured in Egypt is an analogy for the slavery you and I endured as sinners. We could not save ourselves, and if God was going to save us we had to come to the end of ourselves. We needed to realize that we could not save ourselves and that our only hope was to be found in God. It was in that moment that we were willing and able to submit completely to God’s authority over our lives. Once we got to that point, God started asking us to do things that we otherwise wouldn’t have wanted to do and probably thought we couldn’t. God has freed you from your slavery in Egypt, your slavery to sin. He is still leading you toward the Promised Land. We’ll see how your journey and the journey of the Israelites are similar in the days to come.

As you read through Exodus, look for yourself in the story of Israel. Seek out those analogies that reveal deeper life lessons. The Bible is not Mother Goose – it’s far better and more meaningful.

“Oh My Lord, Please Send Someone Else”