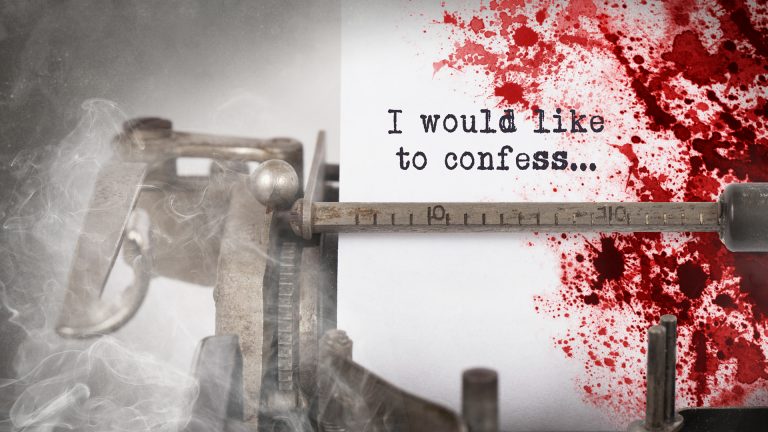 
Confessing your sin is the first requisite for moving past your sin.

Today we read of Joseph’s brothers coming to Egypt to buy food. The terrible famine which had been foretold by Joseph had come to pass. Egypt had food because Joseph was wise enough to counsel Pharaoh to save up food during the fat years so they would have food in the famine years. Joseph was a wise man. I wish our modern governments would learn something from him – but I digress. Joseph acts the stranger when his brothers came to call. Have you ever asked why? Many folks might have perpetrated the same disinformation campaign as Joseph did for the purpose of revenge, but Joseph has shown us that he doesn’t act as most people do.

In the end, Joseph ran up to his brothers weeping and he threw his arms around them in love. Why didn’t he do this at the first? Why instead did he take one brother in to custody while sending the rest of them home with orders to bring the younger brother to him? Did he fear that they had killed his little brother? Remember that they were all brothers through their father but were children of four different mothers. Also, remember that those mothers had a rather competitive and manipulative relationship. The example set by their mothers and their father found its fulfillment in the contentious relationships of the brothers.

It was the jealousies and resentments between these brothers that resulted in Joseph’s exile in Egypt. Benjamin was the youngest brother of all, but only he and Joseph shared the same mother, Rachel. Joseph might have wondered if his little brother had suffered a similar fate as himself. Rachel was the only woman Jacob had sought as his wife. I am certain this affected Leah’s attitude toward her sister and I imagine it didn’t sit well with the two slave women who were also less than a treasured spouse.

I think Joseph played his little game with his siblings not for the sake of revenge but to discover if things had changed between them. I think there was a secondary issue that needed to be addressed as well. During Joseph’s incognito interrogation of his brothers he overheard them talking amongst themselves about their guilt in the matter of their long-lost brother Joseph. This family had been horribly scarred by their sin. They had never confessed what they had done and it ate away at them. For this family to be whole once more it would take more than the miraculous reappearance of their long-lost brother.

These brothers had to take responsibility for their sin and confess their sin. I have learned this the hard way in my life, but you cannot move on from your sin until you have not only confessed it to God but to the person or persons whom you have wronged. Until you make such a confession, you remain a slave to your sin. I believe that Joseph’s actions in this case were necessary to bring this family back together in the right way. As you read in today’s passage, these men began to accept responsibility for their sin. A couple of the brothers promised their father that if they did not bring Benjamin back from Egypt they would willingly take responsibility for such failure. One even pledged the life of his two sons for the sake of his brother’s safe return. Tomorrow we will read of these men confessing to their father the sin they had committed so long ago.

Matthew 5:23-24 ESV
“[23] So if you are offering your gift at the altar and there remember that your brother has something against you, [24] leave your gift there before the altar and go. First be reconciled to your brother, and then come and offer your gift.”


Brothers, are you truly sorry for your sins if you aren’t sorry enough to face the ones whom you hurt by your sin? Oh, I know that going to someone to confess a sin of which they are unaware can result in some nasty consequences, but friend, your sin earned you those consequences. To me guys, the issue is one of pulling a Band-Aid off slowly or quickly. Both ways hurt, but at least with a quick pull it’s over quickly. A slow pull may be a less sharp pain, but it is a dull, chronic pain that never seems to end. Others may not know you have sinned against them, but you know, and that knowledge will affect your relationship in a negative way going forward.

Consider your ways. Is there a sin in your life that you confessed to God but which continues to be a thorn in the side of a relationship? Do you feel trapped by this barrier that has come between you? Search your heart brother. Is God urging you to confess your sin so you can be truly free and cleansed? If so, do what God is urging you to do. If He is leading you to it, you can be sure it is the right thing to do.

God Is A Slow Cooker