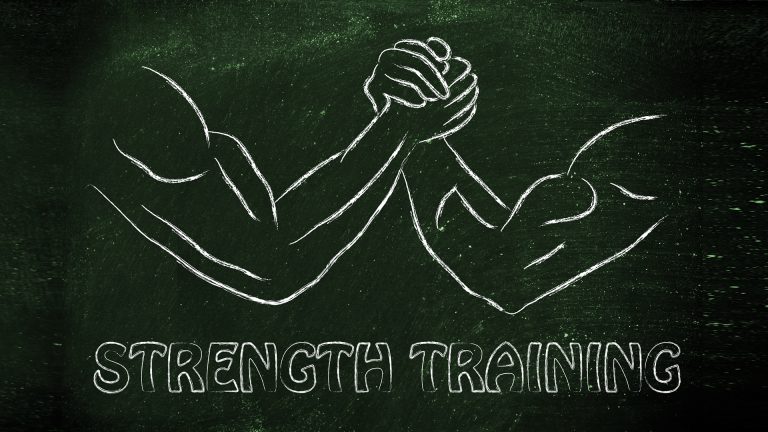 
Every believer must struggle to become the person God intends them to be. Embrace the fight.

Have you ever wrestled with God? I must admit that I have wrestled with Him on a number of occasions and usually felt guilty for having done so. For some reason, we avoid wrestling; we avoid struggle. For some reason, we think wrestling and struggling are bad. We want a wrestle free, struggle free existence. We want things to just happen while we sit back and enjoy the ride. I’m afraid our natural desire to “coast along” is more than just counterproductive, it is death itself!

In today’s passage, we read of Jacob heading back home toward his brother Esau, a brother whom he repeatedly cheated and with whom he constantly fought. Before him, Jacob faces an uncertain future for he fears his brother still wishes him dead. Behind him Jacob sees the ruined relationship with his uncle, another relationship fouled by cheating and fighting. Trapped between his past and his future Jacob feels very much alone. Have you been there? Have you ever come to the end of yourself realizing that all of your planning and best efforts have left you in ruin, isolated and alone?

Jacob came to the end of himself and it was in that moment that he came face to face with God. I see Jacob’s struggle with God in today’s passage as analogous to the struggle every person has with God. For those who eventually submit their life to Christ, there has been a “come to Jesus” moment where they realized all our attempts to run our own lives have led to disaster. It was in this moment that God’s Holy Spirit convicted them of their need for a Savior. It was in this moment of acknowledging their sin and crying out to God for help that they decided they didn’t want to call the shots anymore, that they wanted Jesus to take the wheel – so to speak.

Now you might think that all of this is an argument against struggling with God but I think we are missing a bigger truth. Yes, the Bible says that Jacob struggled with God and that he prevailed, but let me ask you something – do you think Jacob prevailed over God or over himself? Brother, your arms are too short to box with God. If He really wants to put you down you will be gone like a puff of smoke – all that will be left is a pair of smoking shoes, if that. God is God; He is unchangeable. When you read in the Bible that God relented or changed, look deeper. What really happened is people changed.

Have you heard of the competitive weight loss TV show “The Biggest Loser”? They would always begin their new season in January, when so many people have just made New Year’s resolutions to lose weight. I’m sure they had many tuning in who had made that resolution. One year they had a trainer named Jillian Michaels. Let me tell you, that woman is tough. She yelled at her trainees. She wouldn’t put up with their excuses. She pushed them and pushed them and pushed them and many times they yelled and pushed back.

I caught parts of the show one night and saw one of Jillian’s trainees pushing back against Jillian’s training. Let me tell you, these folks struggled mightily. During the first workout in the first episode of that season people were vomiting and collapsing left and right. They wore themselves out. Well, this one woman had just about enough – funny, every week there seemed to be at least one person who had had enough – and she let Jillian know it. At the end of the show, however, this gal got on the scales and discovered that as a result of Jillian’s pushing her, she lost 19 pounds in that one week. You should have seen this gal dancing and whooping it up. She was beside herself with joy. Here was physical proof that she was building a better life for herself. She went up to Jillian, with big tears in her eyes, and gave her a big hug.

The fact of the matter is that all of the contestant on this show became morbidly obese because they coasted along in their life. They avoided the hard decisions. They avoided the struggle with themselves. They gave in to their emotions and desires. This passivity toward life was leading them toward death. Guys, if you weigh 400 pounds, your life will be shortened, and what you have of life, will be of a lesser quality. The path of least resistance is the path to early death.

On the other hand, it is through struggle that we are built up. As those contestants pushed themselves and struggled against their natural tendency toward passivity, they built physical and emotional muscles that strengthened them, made them healthier, and led to a longer, happier life. I believe this same dynamic holds true for our spiritual life. We do not grow spiritually by sitting in the back row of the church. We do not grow while sitting around waiting for God to pave the road before us. We grow when we get spiritually active.

This includes struggling against our own tendencies toward spiritual laziness. We have to make ourselves get up every day and exercise spiritually. We need to read our Bibles every day. We need to spend quality time in prayer with God our Father every day. But in addition to all of that, we need to take arm against our self-centered tendencies, and by opposing, end them. (Okay, that last sentence was a paraphrase from Hamlet’s “to be or not to be” soliloquy but if you are going to plagiarize I say plagiarize from the best!) We need to get active in our faith, seeking where God intends us to serve Him, and then pushing with all our strength to accomplish the task He has given us.

We also need to realize that when we are wrestling with God we are really wrestling with ourselves. Will we obey His will or our own? Will we surrender control to Him or attempt to keep it to ourselves? Will we follow where He leads or will we go our own way? These truly are struggles and they can go on for years. We can come out pretty bruised at the end of it as well, just like Jacob did. But brothers, don’t avoid the struggle; don’t complain about or regret the struggle. It is in the struggle that God builds in you the man He re-created you to be. Embrace the fight!

What Will You Sow Today?