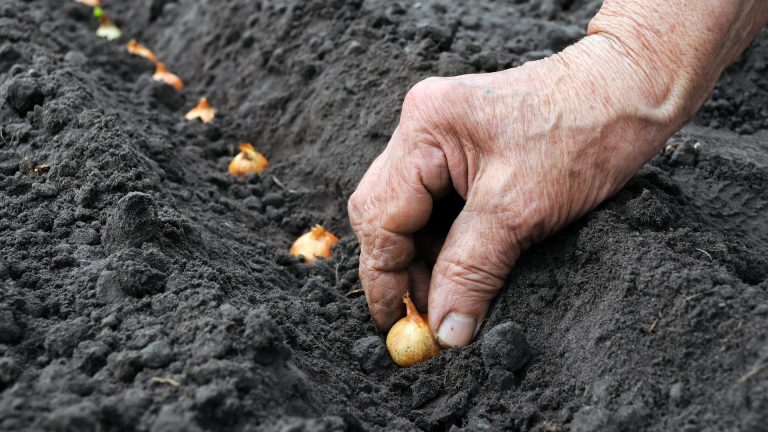 Your actions are like seeds planted in your children. What will you sow today?

I don’t know why it makes me feel better to know that the great characters and families of the Bible are as dysfunctional, if not more so, as mine. Granted, this is sick and twisted, but reassuring nonetheless. Do you and your siblings always treat your parents as you should? Have your parents always set the godly examples that they should’ve? Has there been bickering in your family? Have family members sometimes been less than honest with each other?

In yesterday’s passage, we saw the continued dysfunction of the family Abraham. Jacob, who had been tricked in to marrying Leah, the eldest daughter of his uncle, went on to marry Rachel, the youngest daughter, and the woman he had thought he was marrying at the first. Laban, Jacob’s uncle, was a real stinker. He attempted to trick his nephew repeatedly, hoping to get the better of him at every turn. Jacob, no slouch when it came to tricking folks out of their possessions, fought fire with fire. Can you imagine the sibling rivalry that must have existed in Jacob’s house hold between his wives? It’s bad enough to have more than one wife, but to have those wives be sisters – especially when one of those sisters was not sought as a wife? Ay caramba! Good thing they didn’t have frying pans back then, don’t you think? If they did, Jacob’s head would have looked a bit like that of Frankenstein’s monster. Can you say “flattop”?

Now lest you think the dysfunction in Jacob’s family began here, remember all the way back to Sarah offering her slave, Hagar, to Abraham as wife so she could have a son through her – she was tired of waiting on God to deliver on His promises. Remember the dysfunction that arose in that family as Isaac was born and Ishmael and his mother were pushed out of the family. The dysfunction from that family moment, is still with the world to this day! Fast forward from the dysfunction in Abraham’s family, to the dysfunction in Isaac’s family, where Dad favored one twin, Esau, while Mom favored the other, Jacob. Jacob grew up with a family history of dysfunction where Mom and Dad strove to out-maneuver each other; what a legacy! Jacob and Laban both evidently were well acquainted with such family machinations and only continued between themselves what was normative for the family.

Moving forward from the Leah / Rachel weddings, their rivalry led to each of them giving one of their slaves to their husband as wives. What? Two wives doesn’t confuse things enough, you need two more? Four wives will reduce the amount of scheming and factionalism within the family right? I don’t think so! Talk about doubling down on a bad bet! They got to the point where they were bartering with each other over time in the sack with Jacob. If you think that guy had it made, you are out of your mind! I can only imagine the turmoil in that household.

While Rachel and Leah were scheming and battling, Laban and Jacob were doing the same. Laban knew that Jacob had made him rich and didn’t want to lose his money train. Jacob was tired of seeing his uncle get rich off of his labors and wanted to turn Laban’s greed against him. “He did that, so I’ll do this.” “She did that, so I’ll do this.” I can see this building until each of them cries out “Well he/she started it!” The shame of it all is that twelve little boys and at least one little girl watched all of this play out as they grew in to adulthood. What effect did all of this dysfunction have upon them?

We will see that as these children grow there will be much bickering between them. Eventually they will have murder on their minds. If it weren’t for Rueben, Joseph would have been killed by his brothers. Families reap what they sow. Now this makes me feel better because my family isn’t nearly as messed up as their family. If God could love them and get them to where He wanted them to be, then He can love me and my family and get us to where He wants us to be. You see, God doesn’t love us because of what we’ve done; He loves us in spite of what we have done. When God determines to bless people, they get blessed. That doesn’t mean there aren’t struggles along the way.

The family Abraham had a lot of struggles along the way and those struggles will continue throughout the entire Old Testament. Still, in the midst of their self-centeredness, bickering, and plotting, God used what they intended as ill to do good. After Joseph was sold in to slavery the family would suffer. Jacob and Rachel were distraught at the loss of their son – they never stopped mourning his loss. The brothers were distraught over guilt for their treatment of their brother – this sense of guilt never stopped. These self-inflicted scars hurt until the day Joseph revealed himself as Pharaoh’s steward, placed in a position to save his family from death by famine. Joseph himself says this:

Genesis 45:4-8 ESV
“[4] So Joseph said to his brothers, “Come near to me, please.” And they came near. And he said, ‘I am your brother, Joseph, whom you sold into Egypt. [5] And now do not be distressed or angry with yourselves because you sold me here, for God sent me before you to preserve life. [6] For the famine has been in the land these two years, and there are yet five years in which there will be neither plowing nor harvest. [7] And God sent me before you to preserve for you a remnant on earth, and to keep alive for you many survivors. [8] So it was not you who sent me here, but God. He has made me a father to Pharaoh, and lord of all his house and ruler over all the land of Egypt.'”


Brothers, I, like you, am a sinner saved by grace. As messed up as I am, God will work all things for good. I will and do suffer for my mistakes. Our choices have consequences; but my salvation is not dependent upon my righteousness but upon the righteousness of Jesus Christ. Does this mean I can continue in my sinful ways because Christ washes away my sin? Why would you want to continue sinning? Christ has set you free from sin. Why would you willingly take up those chains once again and place them upon your own back? Let me tell you brother, if you want to sin you have not submitted your life to Christ. If you have submitted your life to Christ then you can rest assured that even when you mess up, God will get you to where He intends you to be.

There are two lessons in today’s passage. First, families reap what they sow. Today is the first day of the rest of your life. You get to determine from here the legacy you leave your children and your descendants to come. The second lesson is this; even when you fail, God will not. God will take you where you are and get you to where He intends you to be. The only question you need to answer is “What will I sow today?”