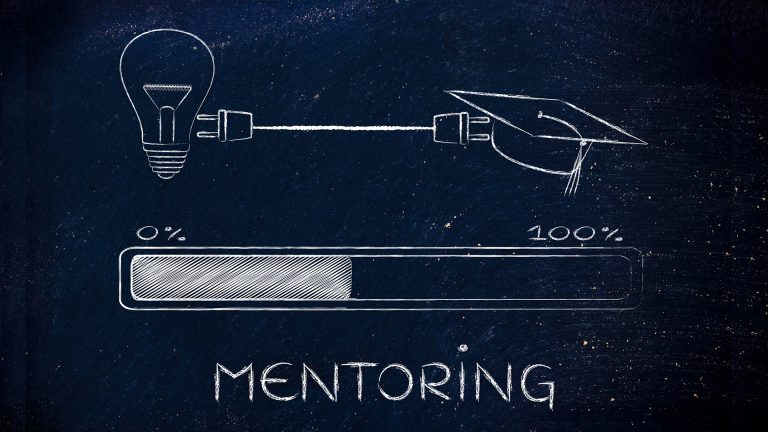 We are not called to condemn those struggling with sin. We are called to mentor in love.

I am going to do something unusual with this post today. Yesterday’s post was titled “who are you to judge”. It attempted to address the question of whether or not a Christian should say nothing about the sin of others. Some time ago a follower of this blog posed a question in the comments of section of a similar post. He raised some important issues, and I think it might do us some good to take a look at his question(s) and my response.

You mention here that homosexuality is clearly a sin and also question if it is right for you to say nothing to those that continue to sin. You also mention the often heard retort “who are you to judge” and etc.

I once had a conversation with a friend on this subject. They told me of another friend who went to church and was ‘saved’ but continued to be called and referred to as a homosexual. I am guessing they continued in their immorality if they continued to be referred to as a homosexual. What do you say to that? I think there are numerous bible verses that clearly and directly contradict this idea. But then an argument goes “the blood of Jesus covers sins”. “hate the sin and not the sinner”, and of course “who are you to judge”. Sometimes “legalism” is bandied about in similar circumstances. What would you say in this situation? What would be your reply?

One of two things could be happening at this church in question. Either the young man in questions has blatantly continued in his sin, perhaps even publicly stating what he is doing and claiming that it isn’t sin, or, because he continues to exhibit outward, stereotypical behavior, others jump to the conclusion that nothing has changed in his life. Either way, I don’t believe church members going around referring to someone who has publicly submitted their life to Christ as a homosexual is appropriate behavior.

A new believer is a spiritual baby. As such they require the care and feeding of mature Christians. Casting aspersions is not a form of building up; in fact, it is a form of destruction. We are called to love and I don’t see casting aspersions about a new, vulnerable baby Christian as loving. Love should compel us to engage the new Christian. It should compel us to care enough about them to invest in their lives and guide them to greater and deeper understanding of who they have become in Christ. By continuing to apply a negative label to our new brother in Christ, we can inadvertently cause them to feel as if they continue to be a slave to their old self and their old sin. When you believe you can’t win, you surrender. We are called to build up, not tear down.

Brothers, each of us, if we have truly submitted our lives to Christ, continued to sin even after our salvation. We did so because of our immaturity in Christ. Thankfully the Holy Spirit continued to work on our hearts, convicting us of our sin and pushing us to release that sin. Now for those of you who feel you have not stumbled in sin after your salvation experience, I would ask “really”? So after salvation you never got angry with someone? Jesus said that anger was the same as murder. You have sinned, and my prayer is that God’s Holy Spirit has since convicted you of that sin and you have committed in your heart to release that sin and live clean and free.

Some folks will say that they shouldn’t say that sin is sin because we have all sinned. They often bring up Jesus’ admonition to first take the plank out of our own eye before attempting to take the plank out of our brothers. This verse, like all others, must be put into context; a holier than thou attitude is wrong. We must approach each other in humility, understanding that we too are sinners. We must remember also that we are sinners saved by grace. Still the Bible also tells us that if we love our brothers and sisters in Christ, we will challenge them toward godly behavior. This should not be done in a judgmental fashion, but rather in a loving fashion constantly aware of our own imperfections.

Now as David points out in his question, some will say that the blood of Jesus covers sin, and that we are to hate the sin and not the sinner. These are all accurate statements, but Paul asks us if we should continue to sin and thus crucify Christ yet again. The blood of Christ does cover sin, but it covers our sin when we admit that we have sinned, repent thereof, and submit to the authority of Christ. If we submit to the authority of Christ we obey Him and His Holy Word. He said that he did not come to abolish the Law but to fulfill it. He went on to say that not one dot or iota will be removed from the Law until He returns. His parables also teach us that we are called to a higher standard than the Law.

The Ten Commandments and the other 600 plus laws in the Old Testament have not been thrown out; rather they have been shown to be insufficient. The Law codified what a heart submitted to God would do naturally. God has always been about the human heart; not about the letter of the Law but the spirit of the Law. When our hearts belong to God and are fully submitted to Him, we naturally do what is right. When we put our will against God’s, our hearts are far from Him and we naturally do what is wrong. Our new life in Christ is a spiritual journey of discovery. We proceed to know God better, to know ourselves better, and to put His will above our own.

I have what many may feel is a poor analogy. The problem with analogies is that they take little challenge to fall apart. I have yet to find perfect analogies beyond those provided by Christ Himself. Still, I will share with you my poor little analogy. When I submitted my life to Christ I not only invited Him to come live within me, but I invited Him to take over the Master Suite of my heart. I took Him to the door of this suite, and looking in we saw that there was little room for Him. It was a dark room piled high with all kinds of baggage. It was uninhabitable. Jesus didn’t throw up His hands and say He couldn’t live like this. He said “we’ve got to get this place cleaned up”. He took the light of His glory and shined it on one of the filthy bags in the room. He said “take that out of here and dump it in the trash”. Over time the baggage has been thinned out and the light of Christ has shown brighter than ever. There is still more work to do, but what a sense of relief and joy I feel because Christ has helped me to release so much of the baggage, the chains that once held me captive.

You see, the moment I accepted Christ I was set free from the power of sin. I had to learn how to live in that truth. I wasn’t used to living that way and I had gotten awfully attached to my chains. While those chains no longer had hold of me, I still had hold of them. I had to release my sin; I had to let go. Christ made it possible for me to do that, but brothers in Christ stepped forward and mentored me along the way. That is what you and I are called to do – not make assumptions and spread epitaphs, but to step forward in love to guide a baby in Christ further down the road to maturity. The wonderful thing about doing this is that we progress further down that road in the process.

I want to thank David for his question and to encourage each and every one of us to be the men, the loving mentors, God created us to be.

Who Are You Seeking To Serve?

What Will You Sow Today?