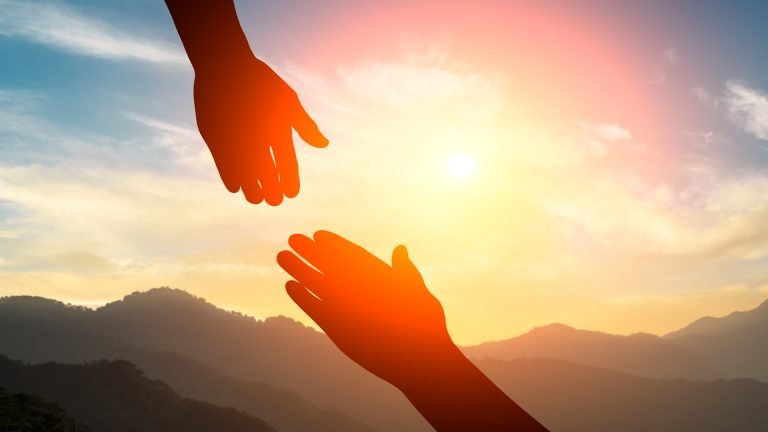 There has been for over 2,000 years debate over predestination – do you have a choice? You do have a choice, but that doesn’t mean you earned the gift.

I must admit that the concept of predestination has always posed a challenge to me, just as it has for most Christians. Obviously, I bring this up because Paul mentions predestination in today’s reading in Ephesians.

Ephesians 1:3-6 ESV
“Blessed be the God and Father of our Lord Jesus Christ, who has blessed us in Christ with every spiritual blessing in the heavenly places, even as he chose us in him before the foundation of the world, that we should be holy and blameless before him. In love he predestined us for adoption as sons through Jesus Christ, according to the purpose of his will, to the praise of his glorious grace, with which he has blessed us in the Beloved.”


We know that God gave mankind free will. How does this square with the notion that God predestined some of us to be saved? Worse still, from a human perspective, is the converse, the idea that God has predestined others to be lost. I’ve proposed in this blog before the notion that God predestines for salvation those He knows will accept Christ. I thought I had figured that one out all by myself, but it turns out to be a theological view held by at least one theological school of thought.

Remember, God knew each of us before He even created the world in which He would place us. He is also not bound by some linear understanding of time. While God created that which we call time, He is not subject to it. If you created everything, and live forever, how can you be subject to your own creation? No, God sees the whole of human history all at once. That is hard for us to understand, but get used to that when it comes to God.

Now here is the problem some have with my suggestion that God predestined for salvation those He foreknew would accept His gift of salvation – they think I am implying that I somehow, I have “earned” my salvation, that my choice “caused” God to predestine my salvation. They view my choice to accept salvation as some “act” that I performed to acquire salvation thereby denying that salvation is earned by faith rather than by works. I’m not sure I’m being clear here. Let me offer an analogy.

I’ve fallen over the edge of a cliff but I’m clinging to the side of the cliff by my fingernails. My grip is slipping, and I am about to plunge to my death. Suddenly, someone from above tosses the end of a rope over the side just within reach. I reach over, grab the rope, and start climbing back to the surface. Did the person who threw the rope save me or did I save myself? You might say that it was a 50/50 proposition – I couldn’t have climbed up without the rope, but once I had the rope, I did climb up. I had not only a hand in my own salvation, but I did the really hard work myself. That is not how God’s salvation works.

Now what if I fell over the edge of that cliff and landed on a ledge unconscious? What if then someone climbed down a rope, tied the rope around me, climbed back up the rope, and then hauled me back up to the surface? Did I save myself? Did I have a hand in my own salvation? The answer to both questions is no, but this isn’t how salvation works either.

The closest I can get this analogy to how salvation works is this, I’m clinging to the side of that cliff when a rope is thrown down to me within my reach. I reach over, and grab hold of the rope. At that moment my savior pulls the rope up and I am saved. Now, did I save myself? No, I did not. Did I have a hand in my own salvation? Yes and no, it really comes down to semantics. That rope from above was a gift. All I did in grabbing on was to accept the gift. I did no more work than accepting the gift. Would any Christian argue that salvation comes even to the one who does not accept the gift of salvation? I don’t see how they could.

Our problem is with the notion that accepting a gift, grabbing hold of salvation, is somehow a work performed by me to gain my own salvation. I contend that saying yes to salvation, accepting God’s gift, is not an “action”, it is a re-action, a response. A response is not an act in the sense of works. I am free to accept or reject God’s gift of salvation. My acceptance, however, cannot be construed as somehow earning salvation.

If I give you a gift, and you accept it, does that mean that you earned the gift? Does it mean you deserved the gift because you accepted it? Does it mean that I had to give you a gift because I knew you would accept it? Getting kind of ridiculous isn’t it? Brother, there is no good deed that you can do to earn God’s gift of salvation. He knew you would accept that gift, but that knowledge did not force Him to give you the gift. God gave you the gift even though you didn’t “deserve” it. He gave you the gift because He chose to show His grace and mercy to you and through you. You did not earn your salvation.

Now, what about those that God did not choose to save? Couldn’t God have created them in a way that would have caused them to be saved? Of course He could, but instead, He gave each of us free will. We do have to decide if we will accept His gift. I have heard many a person struggle with the idea that God hasn’t predestined or called everyone to salvation. This seems unfair to the human, worldly mind.

Do you remember the Scripture that says, “For all have sinned and fall short of the glory of God” [Romans 3:23]? Every human being deserves eternal separation from God in Hell – justice demands this. The fact that God chooses to save some undeserving souls from that fate, based on His own private standard, is not an example of cruelty, but of grace and mercy. Is it really unfair for some to be saved? Would it be fairer if He didn’t save anyone?

For some reason, we think that if God saves some, it is only fair that He save all. Who are we to impose our flawed and imperfect sense of fairness upon God of all creation? You know what – fair would be sending all of us to Hell. I don’t want that, do you? All of Creation belongs to God, and He can do with it as He pleases. I am so glad that God is willing to be “unfair” and save some who don’t deserve to be saved. All I had to do, and all you have to do, is say yes to His gift of salvation.

Are You A Slave?