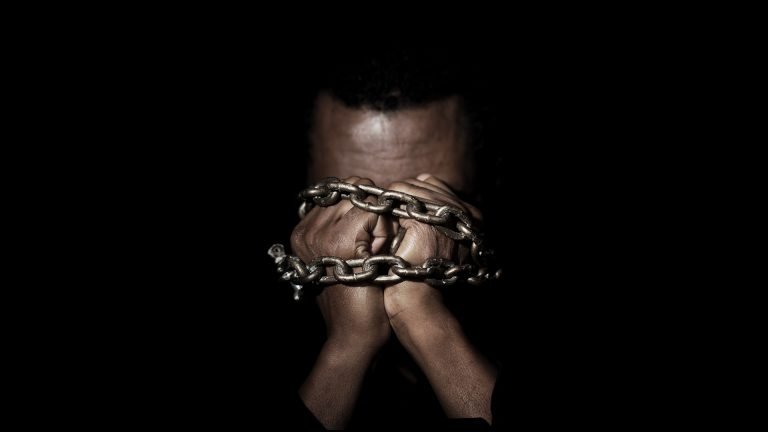 Slavery is an abomination when a person is taken against their will. A Christian, however, is called to be a slave to Christ. So, are you a slave?

Philemon is a very short letter, and it is written by Paul while in captivity in Rome. A slave had run away from his master, and eventually came into contact with Paul. Paul shared the Gospel with this slave, Onesimus, who submitted his life to Christ, becoming a brother and fellow believer. Now this slave’s master was Philemon, also a brother and fellow believer. The book Philemon is a letter from Paul to his brother in Christ, Philemon, concerning his slave, and brother in Christ, Onesimus. Paul has instructed Onesimus to return to his master, and he is asking Philemon to show grace to his returning slave because he is a brother in Christ.

During the early days of the United States, slave holders would use scripture like this to justify the ownership of slaves. They would say “See, the Bible condones slavery and expects slaves to remain in slavery and faithful to their masters.” Now just because the Bible mentions a behavior, or does not specifically condemn a behavior, it does not mean that the behavior is endorsed. God’s Word is extremely practical. Rules for slavery were given in the Law of Moses in the Old Testament. This wasn’t because God condoned slavery, but because He wished to limit slavery. We have gun laws in this country not because the legislatures wish to condone gun ownership, but to limit gun ownership.

You see, many people would sell themselves into slavery in order to gain food and a place to live. How many would have died if the option to sell themselves into slavery during a rough patch hadn’t been available? God’s rules provided for a slave to be set free after seven years if he wished to be set free, and yet, still being practical, God gave the slave the opportunity to choose to stay in slavery in perpetuity. Now this boggles our mind. How could anyone wish to be a slave? Why would anyone wish to stay a slave all their life? I suggest that these laws wouldn’t have been put into place if there was no call for them. If a person would never have a reason to sell themselves into slavery, or to remain in slavery, why would God waste His time on rules governing something that would never happen?

What you don’t see in the Bible, is God ordering slavery to exist, or commending slavery as desirable. God gave each of us our freedom and our right to decide what happens to us. This includes a right to sell ourselves into slavery. Now that is not what happened in the case of slavery in America. People were captured and shanghaied into slavery. They were robbed of their freedom, and dragged away from their family, to the other side of the world. Man’s inhumanity to man knows no bounds.

So, what is a man who finds himself bound in slavery to do? He is to put his trust in God, not for blessings in this world, but the next. He is to be God’s faithful servant, showing even his earthly master the love of God. Even a slave can glorify God by bringing his master to a saving knowledge of Jesus Christ. It is hard for an American to imagine anything worse than being a slave, and yet, a Christian is to be a slave to Christ. What must a slave do? A slave must put aside what he wants, and busy himself with the effort to achieve what his master wants.

Brothers, I hope you have heard me say that slavery is an abomination when a person is taken against their will. I hope you heard me say that the Bible does not condone slavery even as it dictates limits on slavery. The bigger lesson here, however, is that you and I are to choose slavery to our Lord and Savior Jesus Christ. We are to be joyful in our servitude to Him. Slavery, in this context, is not a burden, but a blessing. Stop trying to be your own master, struggling to have the world serve you. Die to self and live to serve! That is what it means to be a follower of Christ.

Shake Off The Snake

Predestination – Do You Have A Choice?